In Pursuit of Excellence: Passing the Certified CrossFit Trainer Exam

On 13 July 2019, I passed my CrossFit Level 3 certification test to become a Certified CrossFit Trainer. A little over thirteen years ago, I took my CrossFit Level 1 course. In the time between, I’ve witnessed the growth and evolution of the most powerful fitness movement the world has ever seen.

In 1997 I became a massage therapist and began my career helping others escape pain and improve athletic performance. In 2002, as an ACE certified personal trainer, I began helping my bodywork clients get stronger, faster, and leaner.

I’ve always been a gym rat. Since my teens, I’ve enjoyed lifting weights. In my twenties, I began my study of Aikido, yoga, and pilates.

People need to move. I realized that my active clients, especially my athletes, received more significant benefit from the bodywork. But more importantly, the bodywork allowed them to become more savage athletes. They could lift heavier weights, run faster, and hit harder.

The combination of physical training, structural bodywork, and optimal nutrition are powerful.

In 2005, I stumbled upon CrossFit.com and the “What is Fitness?” journal article written by Greg Glassman. The website contained daily workouts, the workout of the day (WOD).

The workouts appeared simple enough. They looked fun. So I plugged a few of them into my program for the week and learned I was not as fit as I thought I was.

I began following the CrossFit WOD cycle (3 days on, 1 day off) in October 2005. It was difficult. Even going at them with moderate effort, I was getting crushed. I thought I was in good shape. And I was, but the CrossFit WOD helped me realize I could be better. Much better.

February 2006 I attended my first Level 1 certification in Santa Cruz. It was one of the last three day events before CrossFit before they shifted to the format still used today.

A written test was added to Level 1 when it became accredited by the American National Standards Institute (ANSI). I took and passed my test in June 2011. 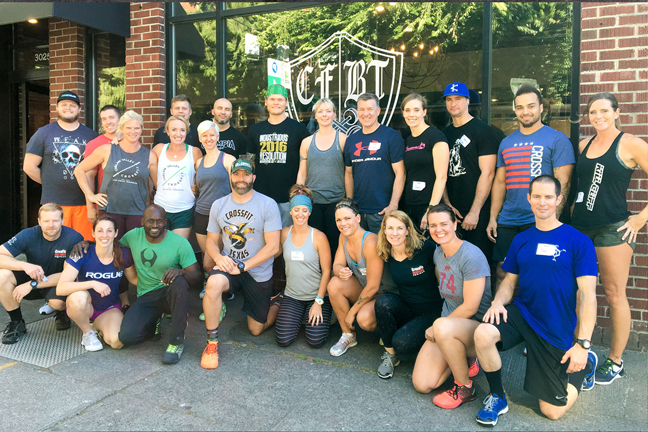 Upon my return from Santa Cruz, California, and my CrossFit Level 1, I immediately applied to affiliate CrossFit Missoula. We were the first affiliate in Montana and 60th in total.

At the time, the nearest affiliate was either Golden, Colorado or Seattle, Washington. I had no idea I was entering a movement that was on the cusp of its tipping point. It’s exciting to watch CrossFit affiliates spreading across the U.S. and into countries all across the world.

Some interesting facts about CrossFit in Montana:

My objective moving forward is to continue doing what I’m doing – studying and coaching – eventually taking the Level 4 test and becoming a Certified CrossFit Coach.